An Overview To The Metallurgical Coal 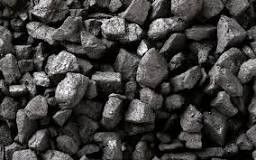 There are a various reasons which make Metallurgical coal the ideal fuel. It produces a low amount of ash and contains low moisture, sulphur, and phosphorus content which make it a perfect combustible material. Due to its properties, it is ranked under the classification of Bituminous. There are a few other grades of Anthracite coal which are used in various applications like sintering, direct blast furnace charge, pulverized coal injection, pelletizing, and in production of ferroalloys, silicon-manganese, calcium-carbide, and silicon-carbide.Things to Check in a Metallurgical Coal before using it in Coking

The coal sold by the Metallurgical Coal Exporter in US produces a strong and low-density coke when it is heated in an environment with low oxygen content. When heated, the coal tends to get softened, all its volatile components starts evaporating and escapes through pores present in the mass of coal. During the process of coking, the material tends to swell up and it volume increases.The coking ability of the metallurgical coal is directly related to the physical properties of the coal, which determines its rank. However, in case of laboratory testing, it is important to evaluate the ability of coal to coke for better results. The strength as well as the density of coke is an essential part which should be known before using it in a blast. You need to confirm if the coke supports parting of the ore and deals with flux burden present inside the furnace or not.Applications of Metallurgical Coal

Coke is used chiefly for smelting iron ore and other such iron-bearing materials which are put in the blast furnaces. Acting both as a source of heat as well as a chemically reducing agent, it is used for producing pig iron and hot metal.

When preparing the metal, the coke, iron ore along with limestone are fed together in the blast furnace which is run continuously. The hot air which is blown in the furnace makes the coke burn which then serves as the source of heat as well as oxygen reducing agent which produces the metallic iron.

This entry was posted on December, 10, 2019 at 11 : 43 am and is filed under Metallurgical Coal. You can follow any responses to this entry through the RSS 2.0 feed. You can leave a response from your own site.